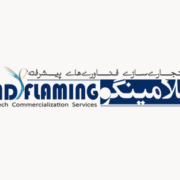 This new partnership is, more particularly, focused on legal and valuation services for the protection and commercialization of technological solutions and startups.

The capability of combining the technical and legal aspects of the referred issues forms the main advantage of this cooperation, enabling us to provide our Clients with a full package of legal, technical and strategic services. 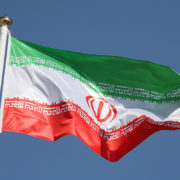 Iran has already joined most of international conventions and treaties in the matter of industrial property law, such as Paris Convention and Madrid Agreement. However, Iran has not yet adhered to some of the important legal instruments like TRIPS Agreement, neither to any international copyright instrument.

Foreign companies have many troubles regarding the infringement of their IP rights in Iran. They usually require assistance of high qualified and skillful lawyers to file suites and protect their rights in the territory, specially, in trademark and patent related issues. 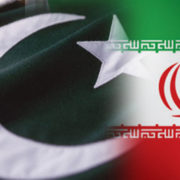 In an interview with IRNA, Farahani said Pakistan National Assembly Speaker Ayaz Sadiq is scheduled to travel to Iran in January to sign the MoU with Iranian Speaker Ali Larijani.

He said that strong cooperation between parliaments of Iran and Pakistan can also help strengthening ties between the two neighbouring states.

“During the previous meetings, Iran and Pakistani parliamentarians explored options to further enhance their cooperation. We focused more on those issues which have been given less attention like economic and trade ties.”’

Farahani said, “During the visit of Iranian speaker to Pakistan, a representative of the Central Bank of Iran was in his delegation for the resumption banking ties with Pakistan. Representatives of both Iranian and Pakistani central banks had a useful discussion.”

He said that Iran and Pakistan were heading towards taking some major steps on border management, adding that there was a need to enhance more cooperation between Zahedan (Iran) and Quetta cities.

The Iranian MP said discussions are underway for the visits of Iran Parliament’s Committee for Foreign Policy and National Security Chairman Alaeddin Boroujerdi to Gwadar, and his Pakistani counterpart to Chabahar. 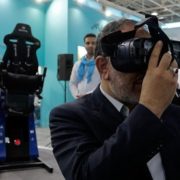 Iran’s tech and telecoms sector had its fair share of ups and downs in the outgoing year, from Apple removing Iranian apps from its App Store service to MTN’s $750 million investment All said, 2017 was a good year for the local startups, ICT and knowledge-based companies. Startups and knowledge-based firms grew both in numbers and variety of services and telecom companies were able to attract foreign investment.

During the year, average mobile Internet speed increased by 36% reaching 16.74 Mbps and Iran was named “the most dynamic country” in terms of ICT development in Asia by the International Telecommunication Union.

● In early January billboards started going up around the sprawling capital and other major cities with mobile operator MTN-Irancell announcing new “super-fast mobile connections” which were dubbed 4.5G. The service is an extension to 4G LTE and was commercially launched shortly after.

● Flying drones were banned in Tehran following instances when two unmanned aerial vehicles flew over restricted airspace in the downtown area and were brought down by anti-aircraft fire. Using drones in the capital is still illegal.

● A space center was launched in Qeshm Island in south Iran.

● Following months of lobbying in Washington, ZTE was granted an exceptional reprieve from the US Department of Commerce to continue exporting telecoms equipments to Iran.

● President Hassan Rouhani inaugurated the first smart city at Anzali Free Trade Zone near the Caspian Sea. Irancell is providing most of the technology and services.

● Rouhani’s reelection in the May 19 presidential race dominated the news and reviews. After the results were out, the president thanked his supporters on his personal Instagram account, a first by an Iranian president.

● The month had good news in the telecoms sector. South Africa’s MTN invested $300 million in the Iranian fixed broadband service provider Iranian Net Communication and Electronic Services and gave the company a loan of $450 million for establishing and expanding its Fiber to the Home (FTTH) network. The investment gave MTN a 49% stake in the firm.

● The Telecommunication Company of Iran (TCI) signed a collaboration deal with three foreign firms — Huawei and Fiber Home from China and Finland’s Nokia — to expand its fiber-optic network and launch FTTH services.

● There was a spat between managers of local ride-hailing firm Tap30 and Iran Chamber of Guilds over the delayed issuance of permits which was resolved within a week.

● Tehran hosted two major tech events, the first round of Tehran Game Convention and Elecomp 2017. TGC was organized by the Iran Computer and Video Game Foundation and representatives from global business convention Game Connection contributed to the event.

● In the 23rd round of Elecomp (Exhibition of Electronics, Computer and E-Commerce) startups loomed large and several new services in advertisement, marketing, security, entertainment, big data, cloud computing, and fintech were unveiled. The final phase of National Information Network was launched in July. NIN is an independent domestic network which enables Iranians to communicate without reliance on international Internet hubs.

● In an underhand move, Apple Inc. removed applications of several Iranian companies from the company’s iOS App Store. At the time Apple said, “Under US sanctions regulations, the App Store cannot host, distribute, or do business with, apps or developers connected to certain US embargoed countries.” This was not the first time that the American company removed Iranian applications.

A few days later and in response to an Iranian developer the Office of Foreign Assets Control, the US Treasury Department’s financial intelligence watchdog said Apple is not prohibited from hosting Iranian applications. However, the apps have not been restored to App Store. Later in the month, Google followed suit and removed some Iranian apps from its Google Play service.

● The month’s highlight was a joint 5G test between the local mobile operator, Irancell, and Sweden’s Ericsson in Tehran. Using transmission systems provided by Ericsson a 4K video was transmitted using 5G technology in a few milliseconds. Furthermore, Irancell and Ericsson announced a deal over development and expansion of the fifth generation of wireless networks in Iran.

● In response to Apple and Google’s unprofessional move a month earlier, local developers and technology-based businesses started uploading their applications on alternative Android and iOS app markets en masse in September. Some of the popular local app markets are Café Bazaar, Myket and Iran Apps (Android) and Nassaab and SibApp (iOS).

● In a bid to curb smuggling of cellphones, the Telecom Ministry, Islamic Republic of Iran Customs Administration, and the Industries Ministry launched the soc-called Mobile Registry scheme according to which local operators are barred from offering services to contraband phones. After more than a decade delay in implementing the scheme, its initial phase was launched on Oct. 20. Soon after the launch of the registration scheme mobile phone prices shot up 20%.

Following the directive local ISPs announced lower Internet tariffs. Through the new pricing rules, each landline ISP announced a bandwidth cap for different Internet speeds. The CRA set a maximum monthly fee based on Internet speed ranging from 125,000 rials ($3) for 512 Kbps services to 800,000 rials ($20) for a 16 Mbps connection. It is a bit early to say how far the ISPs are in compliance of the new rule.

● During the month a merger was signed between two major ISPs HiWeb and Pars Online and Instagram added support for languages that are written and read from right to left including Persian. The move was welcomed by Iranian users.

● Social Security Organization raised the call for regulating startups announcing that as per the social security law, drivers with Snapp, Tap30 (two main ride-hailing services) and employees of nine other startups are entitled to “mandatory insurance”.